Showing posts from December 8, 2019
Show all 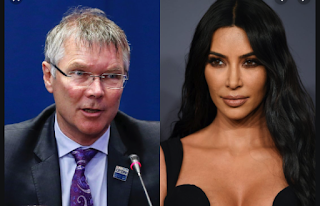 It is not enough that a loathsome pinko with the cold, beady eyes of very average form filling ability, defamed me in the House of Representatives hiding cowardly behind parliamentary privilege. Not to forget he then laid a very failed and vexatious police complaint, but now he gets to do this; oh please Louise.
Eight New Zealand lawyers, including a prominent University of Auckland professor, have been appointed Queen's Counsel under a new process that includes a commitment to improving access to justice. Attorney-General David Parker said the appointment process "emphasises that excellence and leadership in the profession can be seen through a wider, community lens."
A new process?
What on earth do these two paragraphs even mean?
Everyone with half a brain realises that QC’s don’t provide “access to justice” for New Zealanders. They charge more per hour than many New Zealanders earn in a week! Not that I have a problem with that.
David Parker is a man who lists as …
Post a Comment
Read more
More posts