When will Sonny Bill Speak Out About Japan? 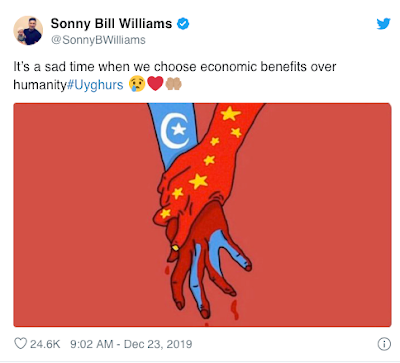 Everyone's favourite Muslim Money Bill Williams has spoken out against the treatment by a non-rugby financing country.  Fair enough.  But the idea he has chosen economic benefits over humanity is absurd. This was another one of his "nice guy" stunts. At least Newshub put this clarification in: Rugby league doesn't have the same presence in China as football or the NBA, which paid a heavy financial price when an official criticised the Chinese government in October. Let us see MBW's views on Japan, the IMF of rugby.  He has show-ponyed around there for years dropping yen for Adidas and sponsors. Japan has taken how many refugees?  Let alone Muslim ones?  This is what they do to unwanted visitors to their country. In 1981, Japan signed the United Nations’ refugee convention, which called for the protection of people facing persecution. In practice, however, it does not live up to this responsibility, even as ever greater numbers of desperate f
2 comments
Read more 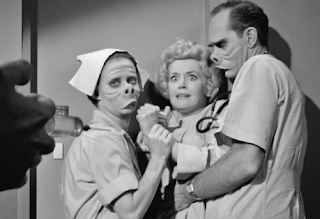 Fresh from soon to be legal issues over reporting of the Labour sex scandal you would think they would get their facts right for important matters of State.   This belongs in a section next to the non-fiction so I don't know why Newshub has with permission stolen it.  I know it is Christmas and everyone is short on content right down to calling Sonny Bill Williams "courageous" for speaking up for Muslims in a country that will never need his commercial services in China, but really we shouldn't allow such tripe to be published any time of the year. There are three things that a woman will never say out loud: 1. I need to put on some weight. No never. 2. My husband/boyfriend/partner has too much money. and  3. I love that my face is ageing. No, never. The author then proceeds to justify this nonsensical comment by suggesting we should all just give up and view it as positive.  She then, as The Spinoff always does - blames the market e
2 comments
Read more
More posts