Neve(r) Use A Baby As A Prop 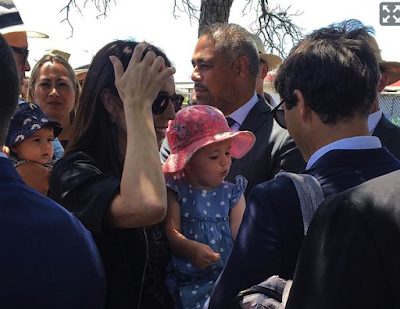 It must be election year. Jacinda Ardern not only took Neve to Ratana, she paraded Neve around cultish Maori.  Maori are increasingly becoming cynical about Labour and Ardern's performance for them. Tariana Turia just recently calling Ardern "out of her depth".   Funnily enough those of us on the right of politics thought that of Turia for decades, not to mention her entire existence revolved around brownmailing and gaming whitey for money.  She was I guess very good at that culminating in bowing to the ultimate in whitey adherence when she became a Dame without ever actually taking on much responsibility at all. But her real defuser was Neve - who very rarely accompanies her parents to public events, so was the centre of attention for the cameras . A trip to Ratana was Ardern's first public outing after announcing her pregnancy in January 2018. Ratana were also the first to gift a name to Neve - that name was Waru [eight] - a significant number for
3 comments
Read more
More posts