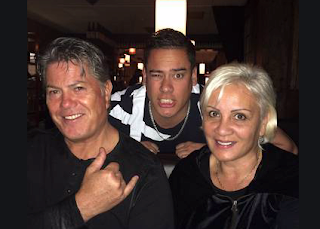 Jevan Goulter can be a complete twit at times.  Everyone around politics knows that.   People have used and abused him knowing what he is like.  Over the years accumulating hangers on as diverse as Murray McCully (I spotted the pair as recently as last week), Michelle Boag, Hone Harawira and in the past certain sections of the Labour left wing factions. It is pretty clear he has mental stability issues and whatever talents he has in politics and PR is a mystery to me but others appear to again as I have stated, used and abused him from a very young age. He is close friends with the Tamaki family perhaps even influencing Brian Tamaki's new camp look. The second it was rumoured Hannah Tamaki might be on Dancing With The Stars, again Twitter bullies and mostly leftards lost their minds launching a vile campaign against Tamaki and anyone associated with her.  She was only appearing on the bloody show, not running it.  I suspect it would have been all good fun. Goulter
2 comments
Read more
More posts