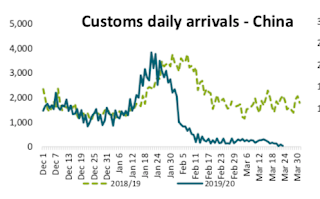 In the context of the latest cold war like tensions between the USA and Mainland China: Today we were gifted online an extraordinary interview on Stuff with Winston Peters.   It was conducted by Eugene Bingham and Adam Dudding . Despite them carrying on like besotted little fanboys for their chat, I listened closely to the whole interview.  I don't care today how much play money Robbo and Cindy promised to give away.  Most of it will never eventuate as this Coalition is too hopeless to get to the point of spending any of it once various interest groups have fought over it. The interview is extraordinary for two reasons,  1. China did not want New Zealand to lock down, and;  2. Winston Peters told us that China did not want New Zealand to lock down Winston Peters is many things but an idiot who speaks out of turn, he is not.  He let this bat out of the bag entirely on purpose.  He is also in this instance not going to be telling a bunch of H1N1.  Every word that
2 comments
Read more
More posts