So Will Jacinda Ardern Make Peeni Henare Minister of Health? 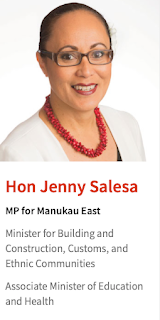 Peeni Henare got up and gave us a bunch of hot air this afternoon twisting the words of Todd Muller and Judith Collins. He is now Brown Jesus on social media as happens to any Maori who stands up and gives a rousing speech in politics with a surname of a well-known Maori family.  Great orator, amazing future, incredible leadership potential.  Yes he gave a speech rallying against the whitey, Apparently Maori now wish to actually be judged on the colour of their skin according to Mr Henare and do not wish to be treated as others.  Yes, in other words - special.  The Henare's of course always have been.  The best thing that has happened to every Henare in New Zealand is they were born Maori.  They all seem to get very affronted when the rest of us outside Maoridom do not worship at their feet not realising how important they are. Henare said in his speech that Muller's response "told Māori he does not see them" and said it shows that National "is blind
1 comment
Read more

No One Votes For National For Their PC and Diversity 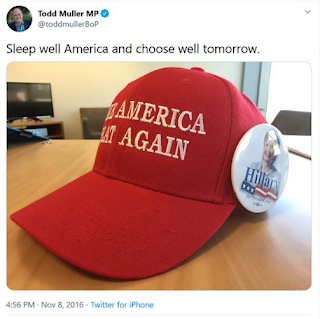 The National Party have immediately fallen into the trap of new leader, new team, old arguments about the lack of diversity. Who cares? They have also fallen foul of backing down over their new leader displaying a MAGA hat.  Good lord.  Have they learned nothing about who their core voter base is? Some Muslim standing for Labour claimed to represent the entire Muslim community  and didn't like the hat.  Some Muslim women view the hijab as a symbol of oppression and her new Boss spent the night sleeping in one.  Never raised an eyebrow.  This is identity politics. Who cares? None of the National core voters care.  They care more that the new leader supported Crooked Hillary enough to attend her rally.  Vomit.  Even though the US Democrat policy under Clinton was most like the National Party! Simon Bridges and Paula Bennett were number 1 and 2 on the previous National line-up.  The Opposition claimed they actually were not Maori, not Maori enough.  They bot
6 comments
Read more
More posts