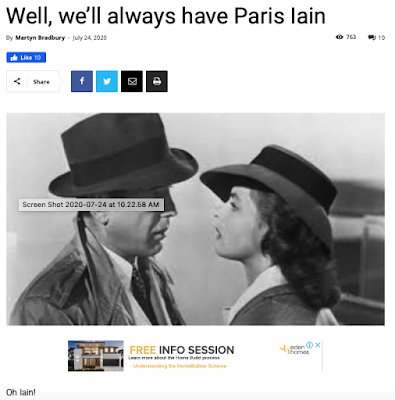 Oh dear god, chauvinists need to all have a little corner to huddle in about now. You take Wives, Girlfriends and Fiancés to Paris! Mistresses you take to Rotorua. Come on! Seriously??? NO. Somehow denigrating the woman in this is acceptable? Where does a man take a woman when she ended up as the mother of his child but not with him at the same time he was formally with another woman and crapped all over that relationship and is now suddenly Daddy of the Year espousing how amazing this child is and how he enjoys being a solo father to her? Just asking for a friend. Rotorua? Jacinda Ardern sacked Iain Lees Galloway for being a scumbag Rooter and having a relationship with a staffer who may have felt pressured into that. Personally I was surprised as I thought he was shagging another woman who couldn’t be described as it was. The fact a man that unappealing has had one extra marital shag was enough for me I don’t want to ever believe there were two women succ
2 comments
Read more
More posts