Showing posts from September 7, 2020
Show all

Matariki = More Money for The Taniwha 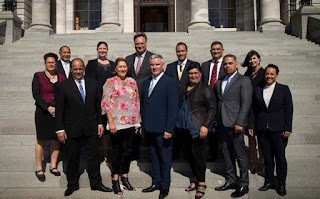 Apparently Matariki isn’t meant to be political. Really! Labour only has one major policy announcement thus far. After paying people to sit on the Covid couch it now is giving  everyone another day off! “Labour says it will consult with an expert advisory group to work around the many issues that will arise from creating a new statutory holiday. If they don’t get the right experts onboard, including Māori astronomers and tikanga experts, it could be a problematic proposition. There isn’t a general consensus as when to observe the new year. Many use Matariki but iwi in some parts of the North and along the West coast of the country mark Puanga, also known as Rigel, for the new year”.  So let me get this straight. In response to the largest economic and health crisis of our lifetimes, Labour have announced a new holiday for this “Matariki” but they can’t tell us precisely when the holiday will be as they themselves cannot agree when to observe it?  Spare me. Are the
2 comments
Read more
More posts