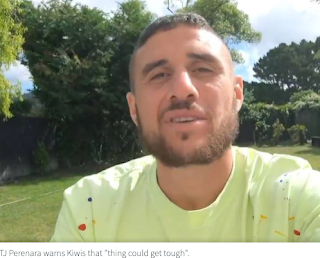 sacrifice sacrifice noun [C or U] (GIVING UP) the act of giving up something that is valuable to you in order to help someone else: This week the All Blacks and some of their WAG's have been passive-aggressively whinging and moaning about sacrifice as they depart for Australia after spending most of the year with their families.  This comes hot on the heels of crying like snowflakes when they may have had to quarantine over Christmas. I have just about had enough of this martyring of ones self in modern life.  From millennials considering not eating avocado and toast to save for a home, as some sort of sacrifice, to women who say they "sacrificed" their careers to have children, or likewise women who say they have "sacrificed" not having children for their careers.   We have done no such thing.  It is a choice.  That is all. In both outcomes there are advantages to us, whether it be a child and keeping a bloke who wants children (which let us face it 99% of them
3 comments
Read more
More posts