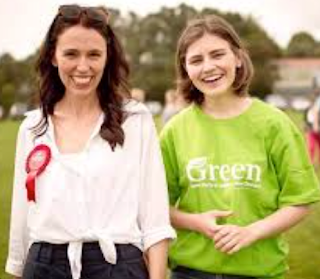 It has been a week of attention seeking from the far left Green MP's.  Poor James Shaw must be wondering what is next from his team of misfits. Cindy and Chloe in happier times Chloe Swarbrick was up today.  It will be fascinating how the left view this outburst at Queen Cindy. She won Auckland Central solely because Labour luvvies switched and voted for her. The Cannabis referendum lost round one, round two has yet to be counted up yet but straight away this pearler from what I think many will view as petulant millennial tantrums. “I’m in the Greens because I have the courage of my convictions,” Swarbrick said, when asked about Ardern not sharing her voting intentions on Friday afternoon. “I’m really proud of having stuck my neck out there and made the argument for something that I believe in, something that is evidence-based, something that disproportionately criminalises and hurts our most marginalised communities. “ Any politician who wants to talk about those kinds of things,
Post a Comment
Read more
More posts