Are Poto's Po Po Letting Gangs Operate At The Viaduct? 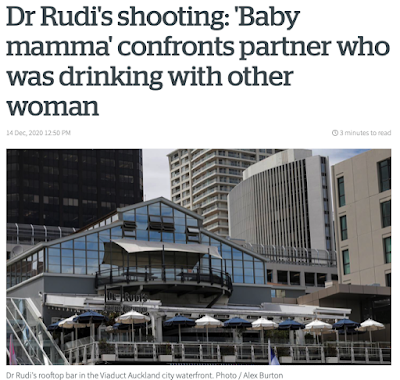 The sort of news you do not need with the Americas Cup and end of year boozefests about to commence. Police have described the shooting, which took place at Dr Rudi's bar in the Viaduct in the early hours of Sunday, December 6, as a domestic incident.  " [The man] was there with his side-missus and then his main baby mamma caught wind of it and came down and absolutely lost the plot and this all evolved," one source told the Herald.  "So the security made him and her leave, they kicked them both out and then within the space of less than three minutes the glass ceiling was [shot] over the escalator there and they just gapped it." Right because every angry lady with no gang connections whatsoever carries a gun to a bar. The Viaduct source also said "it was not the usual crowd down there" on the night of the shooting.  A separate source confirmed to the Herald that Hells Angels and Head Hunters gang members were in Dr Rudi's and witnessed the shoot
Post a Comment
Read more
More posts