Chris Liddell Has NOTHING To Be Ashamed Of 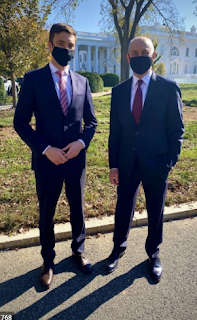 Rodney Hide on his new blog is very polite. And The Stranded have lost their minds. I shall now end all debate about the Chris Liddell issue. I’ve never met Liddell.  Do not know him at all.  When he took the job he did I went on social media forums and laughed at people who said it would cause him "reputational" damage.  The guy had just taken one of the most stimulating and interesting jobs in the universe. All power to him. I sadly don’t have at least $100m in declared assets.  It would be awesome though.  This is the declared assets. Excellent.  Filthy rich then. We should believe Liddell’s claims of the net wealth, he’s been in the USA long enough to have to be honest for fear of the IRS when taking the role in the White House. I fortunately haven’t been married to 2 women who are successful and intelligent in their own right.   I have however over the years around the traps met them both and they’re excellent people. They’re both women who you can have an international
3 comments
Read more
More posts