If Jacinda Ardern Was In Charge Of A Suez Canal Crisis 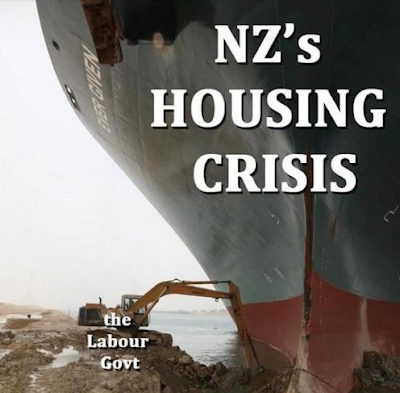 We have seen New Zealand's internationally acclaimed response to Covid, which has resulted in you all still waiting behind third world countries with GDP's the size of Ruatoria rather than the top of the queue Hippy said you would be. So based on this form and that of the last four years, how would our Fearless Leader respond to what's going on in the Suez Canal? 1. Daily press briefings at 1pm prematurely claiming victory after going "hard and early" in a digger.  Anyone blaming the Captain of the ship and demanding the owner pay is immediately deemed racist and cancelled on Twitter. 2. Form at least three working groups of "experts" consisting of Labour Party activists, Ports of Auckland management and political activists from University.  Matthew Hooton and Simon Wilson write weekly columns suggesting the answer of course is to move the Port to Northland. Wilson also demands banning ships and building more cycle ways.  3. The PM commissions Heather Si
5 comments
Read more
More posts