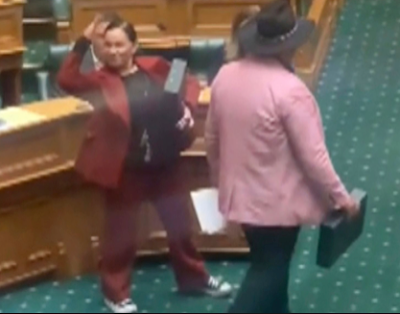 The Maori Party are convinced that everything they do not like in New Zealand is racist.  Their political brand relies on it.  The latest is that because you are not indigenous (what is that anyway?), you cannot even comment on indigenous rights.  This would give them the monopoly on all debate.  They are really playing in a sandpit at the "boy who cried wolf" school currently.  Being called racist by these two scribbled, intimidatory, mindless thugs, has become a badge of honour. Forget Tokyo, the Maori Party are running their own Olympics this year.  It may be called the Special Oppression Olympics, but right now they are frontrunners to fill the entire podium. The largest players of the race card we have seen in recent years are now just behaving like boarish, dancing and prancing sneaker wearing oafs in the House.  It is a shame Winston Peters is not around to put them back in the jewellery box where they belong. John Tamihere made me smug last week in compiling this vile
2 comments
Read more
More posts