The Taliban Are Okay Says NZ Reporter - So What Is The Fuss About? 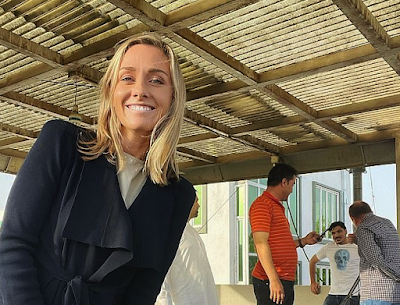 I do not know what the fuss is about in Afghanistan. Fearless blonde pin-up reporter Charlotte Bellis has said as much with this piece of breathtaking courage: "I actually felt safer today, under day one of Taliban control," said Al Jazeera journalist Charlotte Bellis, a New Zealander. "I don't know if that's naive of me or not but about 1000 special forces came in from the Taliban overnight." And this, on Newshub "The Taliban were actually working with the Americans - trying to scare people away from the airport by shooting in the air around it," Bellis explained. "Some people ran away but then the Americans got scared and shot at the Taliban, and killed a couple of them." Bad America Good Taliban. This is Charlotte.   She is young, gorgeous and obviously a wee bit lippy.  The new regime let her into a press conference like a shiny new toy to play with. I want to talk to you about women's rights and girl's rights, about whether w
4 comments
Read more
More posts