Showing posts from September 4, 2021
Show all

Refugee In Fear Of Life Returns To Homeland For A Visit - Where Have We Heard This Before! 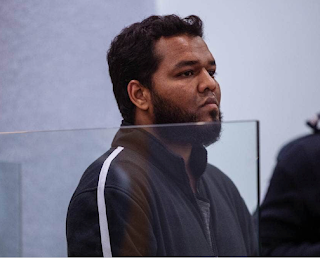 Oh dear, Mumsy seems to have let the cat out of the bag.  Jacinda Ardern has not yet mentioned this gem in her timelines. His mother, Ismail Fareeda, has told a TV channel in Sri Lanka that neighbours from Syria and Iraq radicalised Aathil Samsudeen when he was injured in a fall in Sri Lanka in 2016. Really? Are you sure Herald? Either the Herald story is true. Or he fell in New Zealand in 2016 and was radicalised by neighbours there so currently such people still exist in New Zealand as a threat which is not what we heard from the pulpit of truth on Friday. Mumsy has outed a possible terror cell from Syria and Iraq operating in New Zealand in her deceased sons neighbourhood. Keep talking Mumsy....keep talking to media who have not been bought and paid for by Labour's "covid" handouts. But.... But..... Last night the Herald revealed that Samsudeen was born in Sri Lanka who came to New Zealand in October 2011 and was granted refugee status two years later. Immigration offi
2 comments
Read more
More posts