Time To Deal With MIQ - Get On Board With Grounded Kiwis

- October 07, 2021
Grounded Kiwis is crowdfunding for a legal challenge to the current fiasco at MIQ.  This is not only affecting expats, but New Zealanders in New Zealand who cannot leave without getting in a lottery with up to 30,000 other people at a time to return. Here is the link to the crowdfunding page for you to chuck a few dollars at.   I do not think it will take long to fundraise the $70k needed for the President of the Bar Association Paul Radich QC to kick things off.  The speed that this will happen should send shockwaves into the right places at the Beehive. Grounded Kiwis, a newly incorporated society advocating for Kiwis at home and abroad impacted by the Managed Isolation and Quarantine (MIQ) system, has filed a judicial review claim in the High Court in respect of the Government’s operation of the MIQ system, and the limitation this has placed on New Zealanders right to return home. The claim alleges that the Government has acted unlawfully, unreasonably, and in breach of section 18(2
3 comments
Read more

Australia Is Now Having The Last Laugh At New Zealand 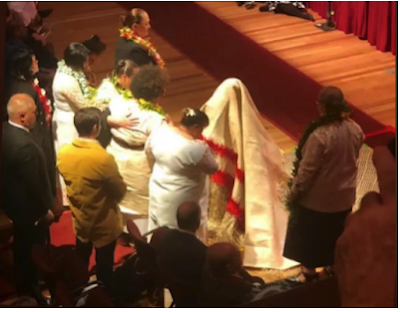 I do not often reproduce whole columns on my blog shamelessly stolen "borrowed" from elsewhere.  I reserve the right to however if they are very very good. This is one such from The Mocker - an outstanding always beautifully constructed contributor in The Australian. It is now day 51 of Auckland's level 3/4 nightmare. On that note, you might remember that just under a year ago the periodical Quarterly Essay published a piece titled ‘The High Road: What Australia Can Learn From New Zealand’. The author was ABC 7.30’s chief political correspondent Laura Tingle, who was most impressed by our neighbour’s handling of the pandemic, particularly Ardern’s insistence on applying the elimination model. “From Australia, we watched in shock, scepticism or admiration,” wrote Tingle. “Our political leaders were wrestling with the same issues, but prevaricating by Ardern’s standards … Our path was more gradual and the messages more mixed, to say the least. In Australia we were trying to
2 comments
Read more
More posts