Showing posts from November 2, 2021
Show all

Whanau SnOrer - Maori Once Again On Their Own Timeline

Look at this propaganda from Stuff. Their front page reads Sounds positive, get the spin out that Whanau SnOrer is actually doing a good job.  Yet click on it. MARCH!  A vaccine goal of 90% by MARCH! The rest of the article in Stuff is barely comprehensible as a piece and by the end I wondered what the purpose of publishing it was. A Māori vaccination campaign urging whānau to fight for their whakapapa has seen more than 110,000 jabs administered since September. The original goal when the Whānau Ora campaign was launched was to deliver 65,000 vaccinations. However, that happened in a matter of weeks, Te Whānau o Waipareira said. As of Wednesday, 112,000 vaccines had been administered in Tāmaki Makaurau, and Te Whānau o Waipareira had moved on to a goal of vaccinating 80-90 per cent of Māori across the North Island by March 2022. A noticeable trend in New Zealand is that every story about Maori must now be pumped up as some sort of achievement worthy of a Nobel Prize. Media and woke wh
7 comments
Read more

The Islamic Terrorist Act The New Zealand Media Have Forgotten 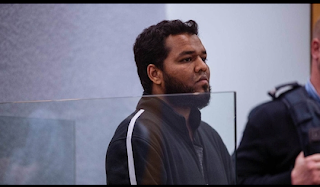 On the 3rd of September, two months ago now, a radicalised Sri Lankan national who was under Police surveillance, knived victims in a Supermarket. Media have given no interviews with any victims. No follow-up on their injuries. We do not know the names of the victims. We never knew the race of the victims. We never knew who he targeted in this attack. In two months there have been no in-depth reports about what really happened, a report on the inquiry into the failings that this act was the result. Nothing. It is like it has been expunged from the history of the country completely. Nothing. Buried. Compare that to the spray of articles about the non-existent white supremacy links to the Australian tourist who came over and shot up a mosque. The gushing Paddy Gower specials. The media's failure to investigate Islamic terrorists and their potential cells in New Zealand, is deafening.
3 comments
Read more

Asked and answered. Jarvo is less of a joke. Aucklanders cannot drive in their car to Hamilton right now or have a drink at a bar, yet they could fly to Cardiff to watch the All Blacks v Wales with 74,000 spectators without a mask.  Getting home might be an issue but the rest of the world is open. So YES. LAUGHING STOCK.
Post a Comment
Read more
More posts