New Zealand About To Be "Each Way" Albowed 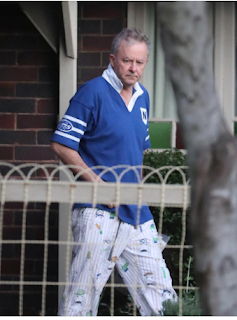 Anthony Albanese has form in politics for saying one thing then saying and doing another at a later date to another audience.  Some would call that lying, but loving Australian media outside of the heroes at Sky News never call him on it, pet naming him "each way Albo". The Morning After Albo Along with Labor, he spent every waking hour working against ratfucking Scott Morrison during the pandemic, managing to turn all the State Premiers on the Federal Libs with their approaches to lockdowns and restrictions.  Now he has turned around having won the election and like a good socialist has unilaterally proclaimed that the new politics demanded is that  everyone works together! I cannot wait to see how this unfolds because Jacinda Ardern is up against a total pro here. A man who has fooled a country with a population 5 times that of New Zealand that it is ok to be economically illiterate when asked hard questions.   Two politicians who love nothing more than announcing when ann
3 comments
Read more
More posts