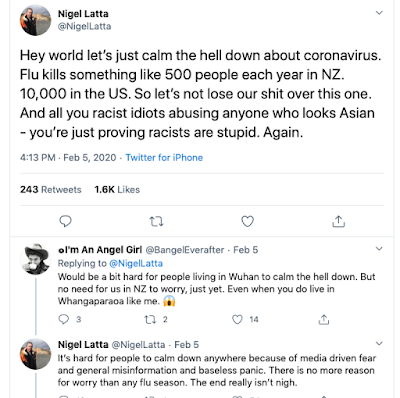 This was Nigel Latta in February I agree with him. This is Nigel Latta present day with PM Ardern that prevented her from fronting at the Press Conference to chide her mountain biking Health Minister. Seriously.   The guy is a raspberry and an orange in a pack of fruit loops. One day says it is (correctly) "media drive fear and general misinformation and baseless panic. There is no more reason for worry than any flu season.The end really isn't nigh". Nek minute, under Cindy's spell. What a CAUC (complete and utter c____).
1 comment
Read more 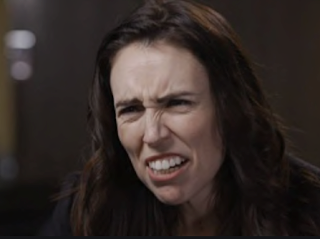 Now the media have come out of their collective coma realising that the economics of this shutdown are far more costly than any loss of life, rumblings are afoot.  They are pissed off. Many have lived for years churning out the same crap every week, picking up the same pay check a week, and now find themselves in positions of being made redundant or having to take massive pay cuts to "get us through" because "we are all in this together". But we are not. Slowly the worm has not only turned it is charging hard. The media have suspected they would, and have had cuts for years.  They have lived with the threats of the axe over their heads but have struggled on either as freelancers or with jobs for life.  It has been a slow and nasty bleed for them all. Now they have finally worked out it is all completely out of their control. Without an economy there is no need for advertising and advertising is what pays them. A few have even worked ou
Post a Comment
Read more

Where Oh Where Is Our Chief Justice Winkelmann In This Time Of Crisis? 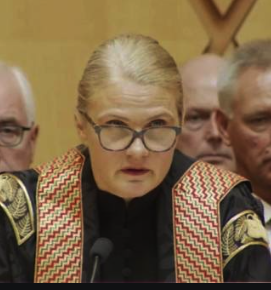 New Zealand is in a State of Emergency elongated now into its second week.  Its regular residents  and others unlucky enough to have done what Winston said and get home, are all on home detention for a month (maybe and very likely longer) unable to work and save their now failing businesses, Parliament effectively is not operating and bloody Hone Harawira is out standing at a roadblock pretending he is lawful authority to police on a highway who passes and take their temperature. So what of and where are our leading legal minds? Chief Justice Helen Winkelmann of the Supreme Court (our highest) gets herself involved in all sorts of activist causes in the pursuit of justice, liberty and freedoms.  S he has even let entertain the concept that law could possibly be a "vibe".   She frequently speaks out about such matters. So far publicly she has put comment out  Chief Justice Dame Helen Winkelmann saying the rule of law and civil rights and liberties need b
Post a Comment
Read more

They have one job the World Health Organisation.  ONE job. I really wish people would apply a bit of common sense here. If Coronavirus is so deadly, so terrible and so contagious - then it naturally follows that governments should also be advising us via WHO to wear a fucking mask.  Yes they may not stop the spread of the virus completely but you cannot tell me they would not have some impact on contracting and spreading the virus around. Speaking at a Chatham House briefing on Wednesday, Prof David Heymann, an infectious disease expert who led the global response to the SARS outbreak, said that new evidence from Hong Kong had prompted a reconsideration of the role of face masks. “The WHO is debating that tomorrow to understand if there is evidence that would call for a change in what WHO is recommending,” he said. The only reason I suppose that WHO recommended we didn't wear them was because they knew there were not enough to go around once medics and first resp
Post a Comment
Read more 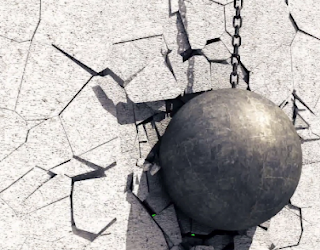 You are not getting out of this scientific, medical and economic experiment from hell in New Zealand until the powers that be are happy that there is no community transmission. In other words they are making it up as they go along.   They'll probably be more barriers once you meet that one.  You know, just to be super extra safe.....  How do we know that? There has to be apparently 5,000 tests a day to know that there is no community transmission. The country's testing capacity is 3700 tests per day, with an average of 1843 tests per day being conducted over the last week. There are eight labs testing. This will extend to ten next week, increasing capacity. How many are you doing in New Zealand? Why the low number?  Well......... GP's haven't been doing enough testing.  According to Jacinda Ardern, supreme head of the Coronavirus Coalition However that is not what the Doctors are saying, they are claiming there are not enough test sw
Post a Comment
Read more 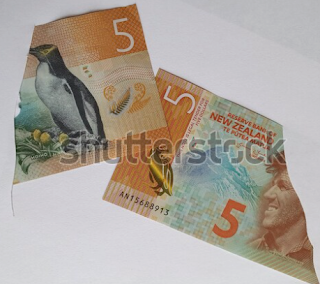 The Coronavirus Coalition needs to get serious about distribution of the pain of (in my view) this ridiculous social, medical and economic experiment of shutting borders into New Zealand and sticking you all on home detention for "four" weeks. What they have effectively done is shut down the private sector in New Zealand with a few exceptions, and given their non-essential mates in the public sector (who are not essential and still hard at work in offices doing stuff), at least a four week paid vacation with total job security to date, at the end.   Who pays for this? That is right - the very people in the private sector the government has told cannot open for business. I don't care about the circumstances of this alleged crisis worldwide, if you as a government and a country tell private sector businesses they cannot operate for a period of time and close the borders so they effectively lose businesses and livelihoods overnight, you have to not only
5 comments
Read more 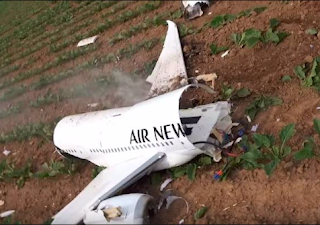 Today frequent flyers received another email from the CEO of Air New Zealand Greg Foran. It was all prima facie rather blunt, but still full of spin.  The highlights: Before Covid-19, we had annual revenue of around $5.8 billion and made a profit of $374m in the last financial year. We also had around a billion dollars in the bank in case an unexpected event hit our business. The global reduction in air travel has hit Air New Zealand hard and we are earning less than $500 million revenue annually based on the current booking patterns. This means we are dealing with a significant reduction of over $5 billion in revenue per year. $5.8b less $5b = $800m in revenue expected per year?  At best? Or less than $500m? With $1b in reserves he has enough to carry the company for 2 months at annualised revenues of $5.8b, with another $900m added he has enough to carry it 2 more months without changing a thing and dumping any staff? Air New Zealand currently employs arou
Post a Comment
Read more
More posts